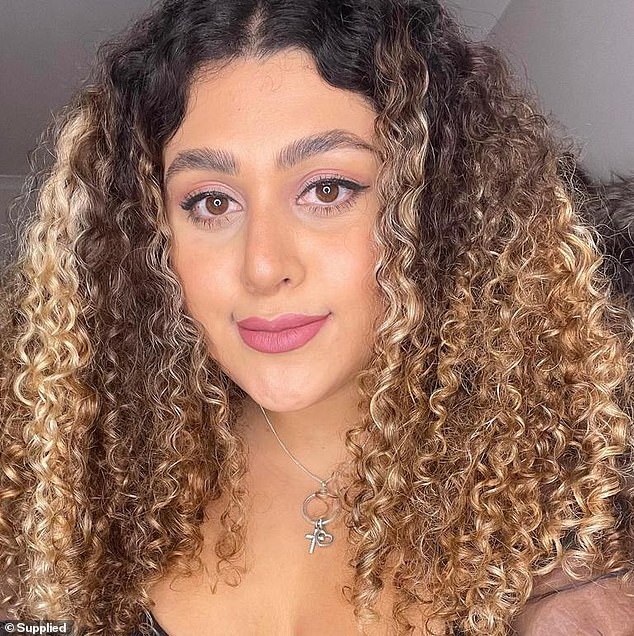 Nespresso has been forced to issue a grovelling apology to a 23-year-old woman after a payment error grabbed more than $500 from her account.

Raha Bonakdar was billed for $540 by the coffee capsule giant as a result of an internal technical error which left the Sydneysider scrambling to pay her bills.

Ms Bonakdar saw her bank account was missing hundreds of dollars on Thursday before she spotted a mystery $540 Nespresso transaction the previous afternoon. 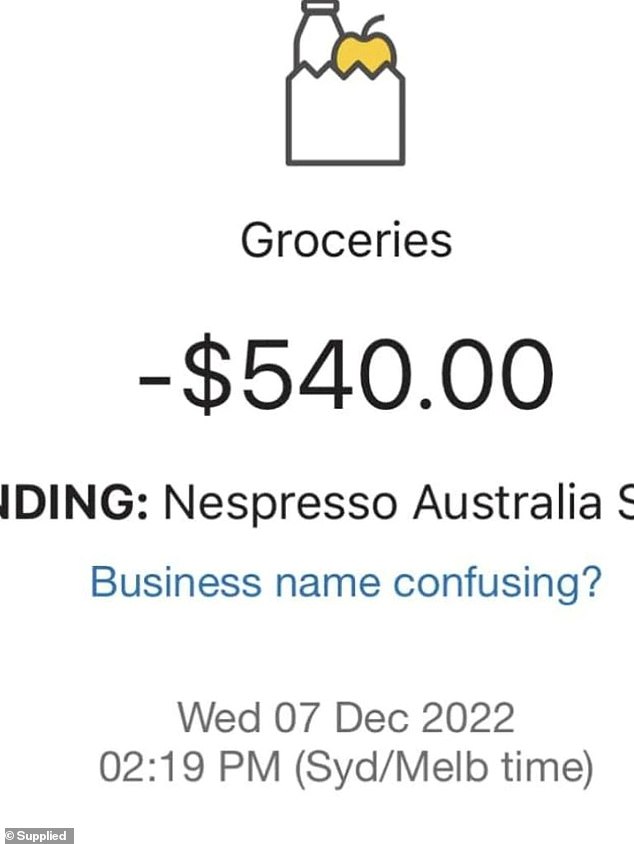 On Thursday Ms Bonakdar noticed her bank account was hundreds of dollars short and on closer inspection saw a transaction on Wednesday at 2.19pm, of $540 from Nespresso

After contacting Nespresso to rectify the error and seek compensation, she received an email from the company’s head of customer care Gavin Hughes.

In the email sent to Ms Bonakdar, he confirmed a ‘payment error’ was to blame for the incorrect charging of her account.

‘We are getting in touch as we are aware that you have been affected. We would like to apologise for this anomaly,’ the email read.

‘This is a matter we take very seriously, and your experience is our absolute priority.

‘We have moved quickly to resolve this internal payment error and are refunding $540 payment taken from your account December 7, 2022.’

The email stated the refund would be processed immediately but could take between three and five business days to reach her account.

Ms Bonakdar said she hadn’t paid for any product or subscription from the company for ‘several months’. 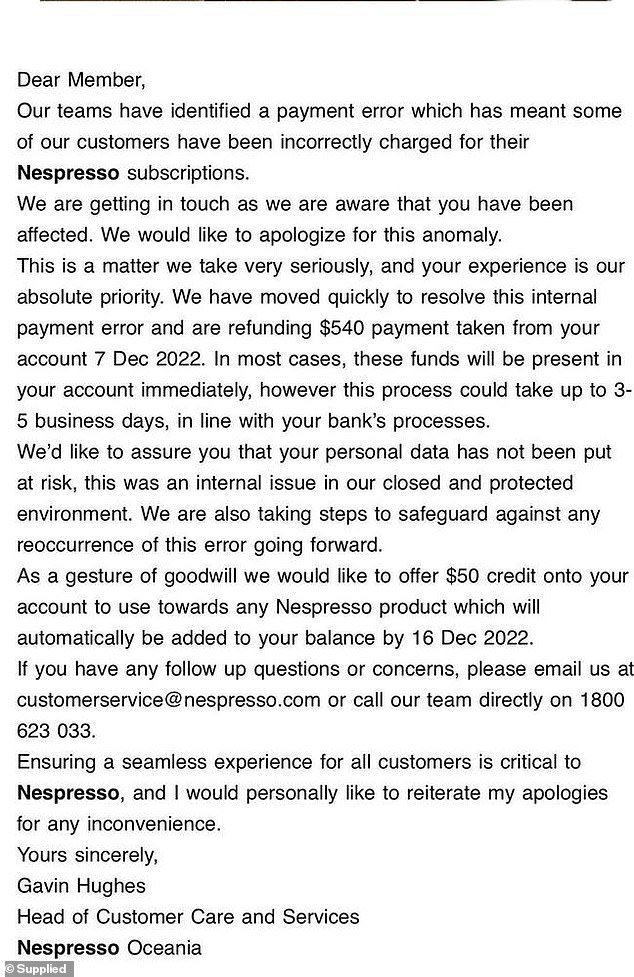 After contacting Nespresso to rectify the error and seek compensation, she received an email from the company’s head of customer care Gavin Hughes confirming a ‘payment error’

Ms Bonakdar said the refund wasn’t nearly enough as she was left hugely out of pocket for up to five business days and wanted to be adequately compensated.

The offer from Nespresso which the company labelled as ‘a gesture of goodwill’ was a measly $50 store credit.

‘I just bought a new car, I just paid for braces … I have a good wage but it doesn’t matter. They took $540 that I was meant to use to pay for my bills,’ she told news.com.

‘I feel like my account was violated. It wasn’t a cyber breach, if it was, maybe I would have been more easy going because that would be an external factor, but that fact it was internal, that’s what’s p****d me off,’ she said.

After a 40 minute phone call with a company supervisor on Friday, she was told they would offer her a $100 voucher and that was the best they could do. 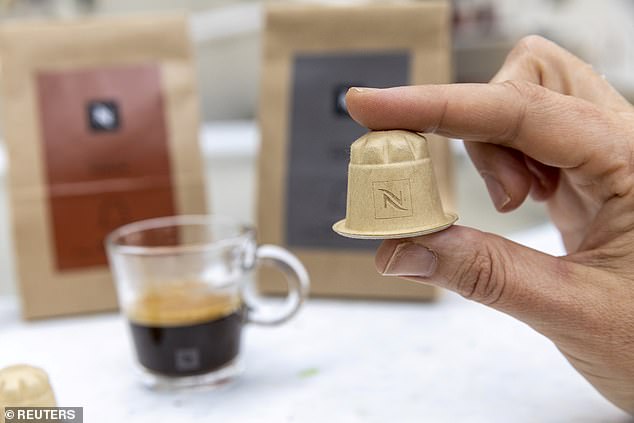 The offer from Nespresso which the company labelled as ‘a gesture of goodwill’ was a measly $50 store credit, which following a phone call was then upped to $100