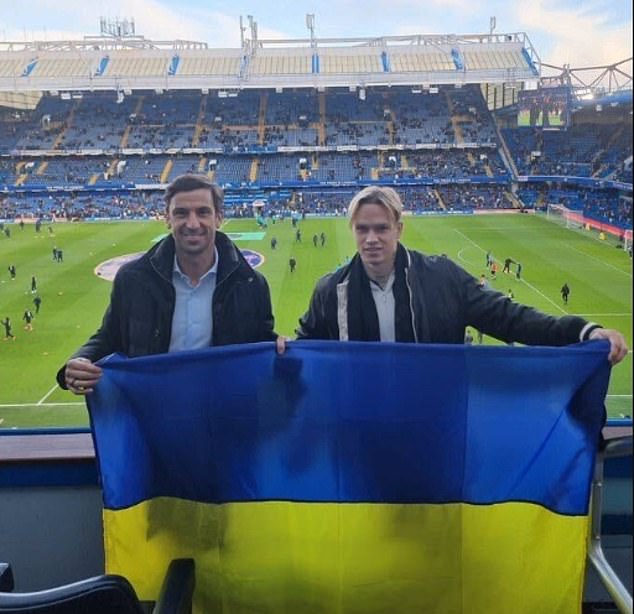 Mykhailo Mudryk holds up a Ukraine flag at Stamford Bridge as he watches Chelsea – who were owned by Russian Roman Abramovich – for the first time since sealing his £88m move… as it emerges the Blues ‘DOUBLED Arsenal’s £50,000-a-week offer’

By Adrian Bishop For Mailonline

Mykhailo Mudryk has been pictured at Stamford Bridge holding up a Ukraine flag after completing his £88million move to Chelsea from Shakhtar Donetsk.

The 22-year-old was in attendance as Graham Potter‘s side looked to secure a first Premier League win of the new year against Crystal Palace on Sunday.

Mudryk underwent a medical at the club earlier on Sunday before taking his seat. The transfer was officially confirmed in the first half of the game. 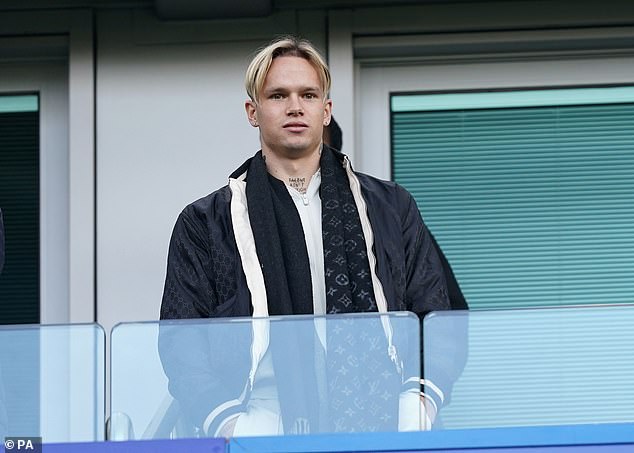 The Ukraine international had initially looked set to join Arsenal, with the club lodging three separate bids for Mudryk throughout the course of January, with the most recent totalling £80m.

However, Chelsea were monitoring the situation throughout, and Blues chiefs flew to Poland to meet with representatives from Shakhtar on Saturday to iron out a deal for the winger.

Gunners fans on social media believed that a move to North London was all but confirmed, particularly after Mikel Arteta had appeared to hint that the player would arrive as an offensive reinforcement for the injured Gabriel Jesus. 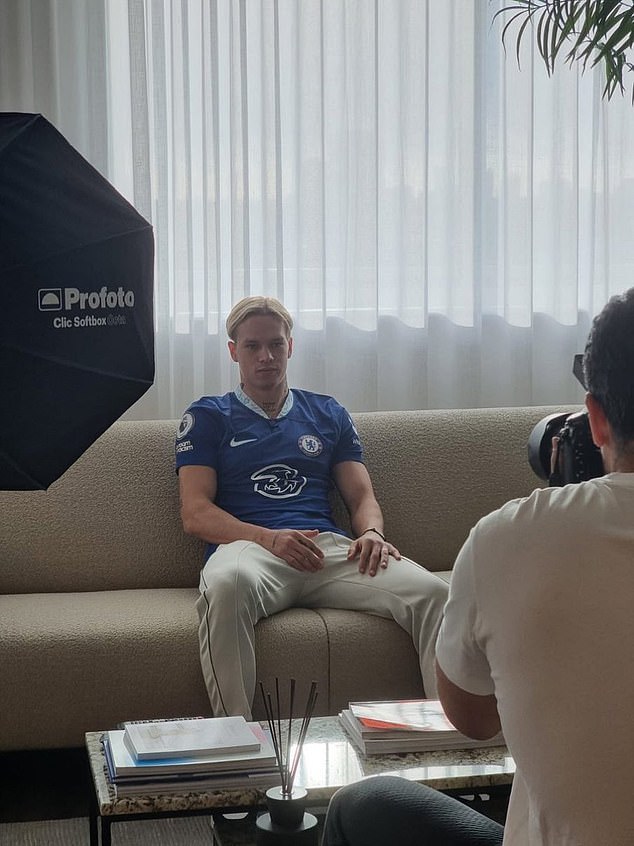 On Saturday night, Shakhtar threw a spanner in the works by announcing via their English language Twitter account that a deal to sell Mudryk to Chelsea was ‘very close’ following successful discussions between the two clubs.

Chelsea followed this up by quote-tweeting the announcement and adding an eyes emoji, followed by sharing an Instagram post imploring fans to shower Mudryk with love over social medial.

Mudryk made 12 appearances in the Ukrainian Premier League this season scoring seven goals, and has earned eight caps for his country since making his debut last year.