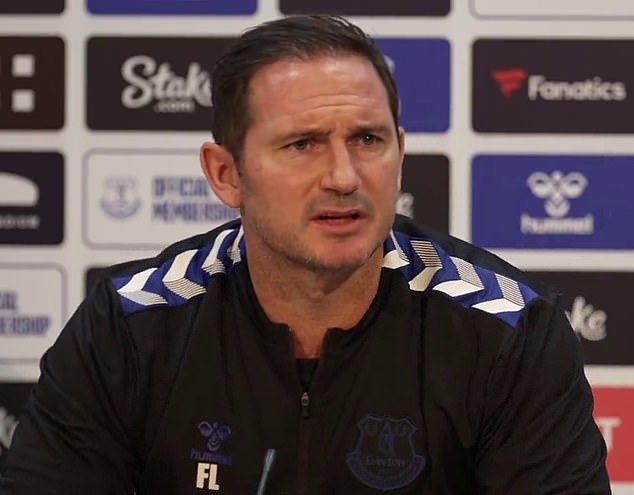 Frank Lampard has called on angry Everton fans not to approach his players in their cars, after Yerry Mina and Anthony Gordon were confronted in the streets following their loss to Southampton.

The crisis-hit Toffees are 19th in the Premier League and level on points with the Saints, who came from behind to beat them 2-1 on Saturday.

After the match, Mina was seen addressing fans who asked him to ‘show a bit of heart,’ while Gordon – who came through the club’s academy – was called a ‘f***ing d***head’ as fans chased him down the street.

Lampard’s job is under pressure and the Toffees could drop to bottom of the table if they fail to get a result against West Ham on Saturday.

When asked about Mina and Gordon in his pre-match press conference, Lampard said there had been ‘no impact’ on either player.

He added that the pair have to be ‘robust’ and ‘go again’ when they face the Hammers, and that his players know that he’s there if they need someone to speak to. 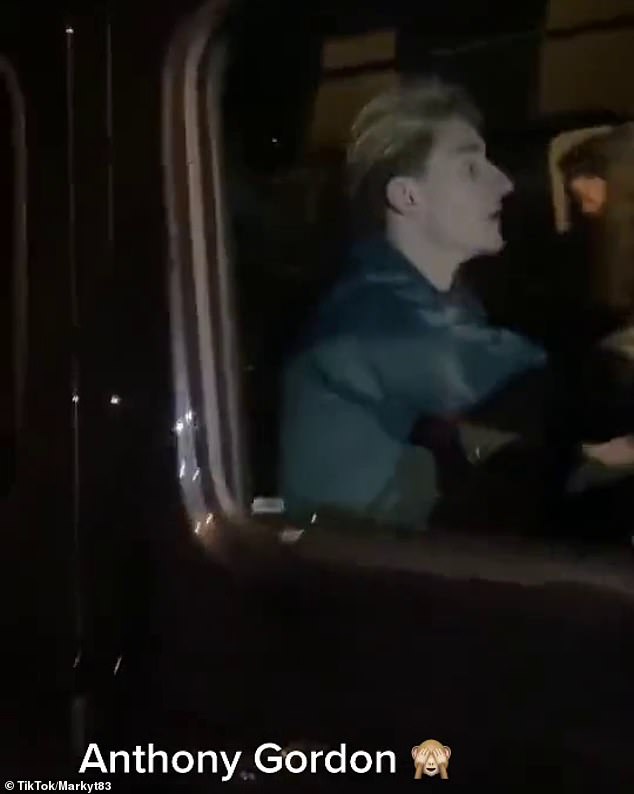 Lampard though said he doesn’t want to see Everton fans confronting players outside the stadium.

He said: ‘I’ve spoken to the players about the situation. I think firstly this isn’t just an Everton situation.

‘I’ve been at teams where similar things have happened to maybe myself, to a degree, and to other players so lets not try make this an Everton situation.

‘This club has a huge passion which is pretty unique. I’ve said that in the good times, so I can say that in the not so good times.

‘Sometimes passion can overspill in a good way. Then especially in the minority cases when it’s certain incidents and now everything gets videoed so it becomes viral every day.

‘I think the majority of Evertonians want this club to do well. They’ve got a right to voice an opinion in a game, around the game, in a pub. 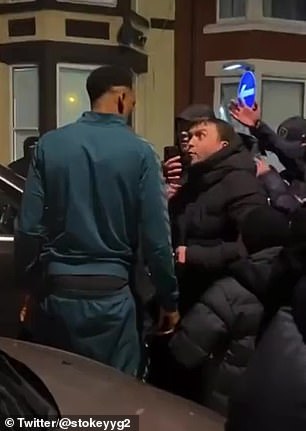 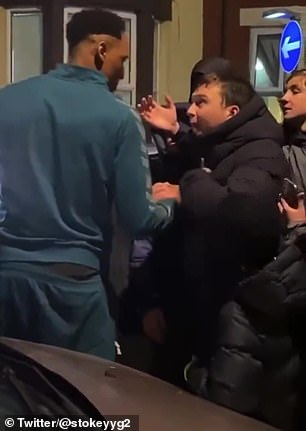 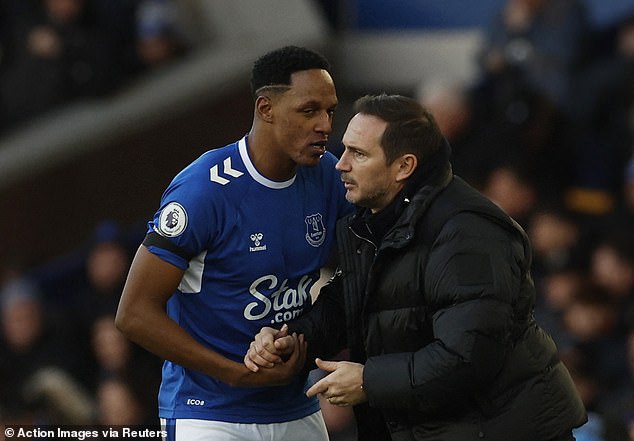 Mina apologised for the situation, before receiving a round of applause as he walked away

‘Of course we don’t want fans going up to players. In a ideal world, I think it’s a small minority, I’ve spoken to players, and we don’t want that and I’d love not to see that again.

‘But I also understand the passion of fans and players have to understand, working in this industry, lucky to do a good job, that sometimes they have to take some things. But with those things I hope they don’t happen again.’

The incident with Mina was the first go viral after the game in which he was seen addressing the group of fans in a bid to listen to their concerns.

In which the audio is hard to make out among the shouts from other fans, a passionate supporter begs Mina: ‘If we go down, you stay. If we go to the Championship, you stay.’

It is unclear if the defender responded immediately, but he shook hands with the fan before being confronted by another, who informed the Colombian of his desire to meet with the board to discuss the situation.

‘Show us a bit of heart, lad. Be a leader then, lad. Speak out’, the original supporter continued.

‘Respect lad. Show me that passion.’

Mina paused, before saying: ‘I will give my life for this club’ in response.

The fan again gave his support to the 28-year-old, saying: ‘Show them that you’re the man then lad. Be our captain, wear the armband’, before Mina responded: ‘I’m sorry for this’, in reference to Everton’s situation.

‘It’s not your fault’, was the response before Mina was escorted away by a police officer to a round of applause. 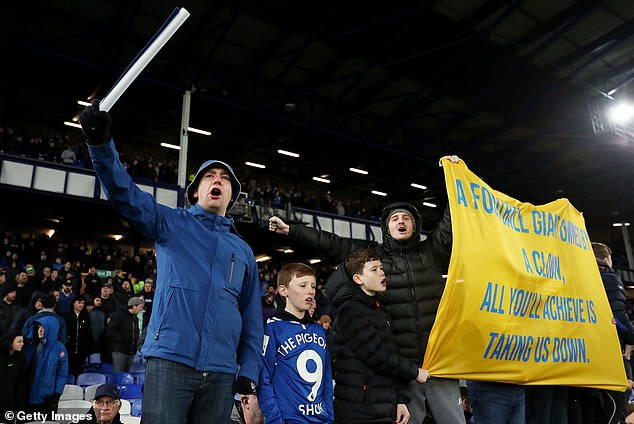 TikTok footage shows the fan sprinting down the road to catch up to Gordon’s window before shouting through the driver-side window: ‘You f***ing d***head. Eh! K***head. Gordon! What the f***, like? F*** off! Get out of our club.’

The supporter filming the encounter then says: ‘F***ing rats. Little maggots. You know what to do.’ The 45-second clip has already been liked more than 22,000 times.

A separate video on social media site Twitter shows a different fan filming Gordon attempting to slowly drive down the road, as police look to disperse the mob of baying fans.

The caption reads: ‘Anthony Gordon laughing at us don’t ever want to see him in an Everton shirt again the little rat,’ though in the footage Gordon does not appear to laugh.