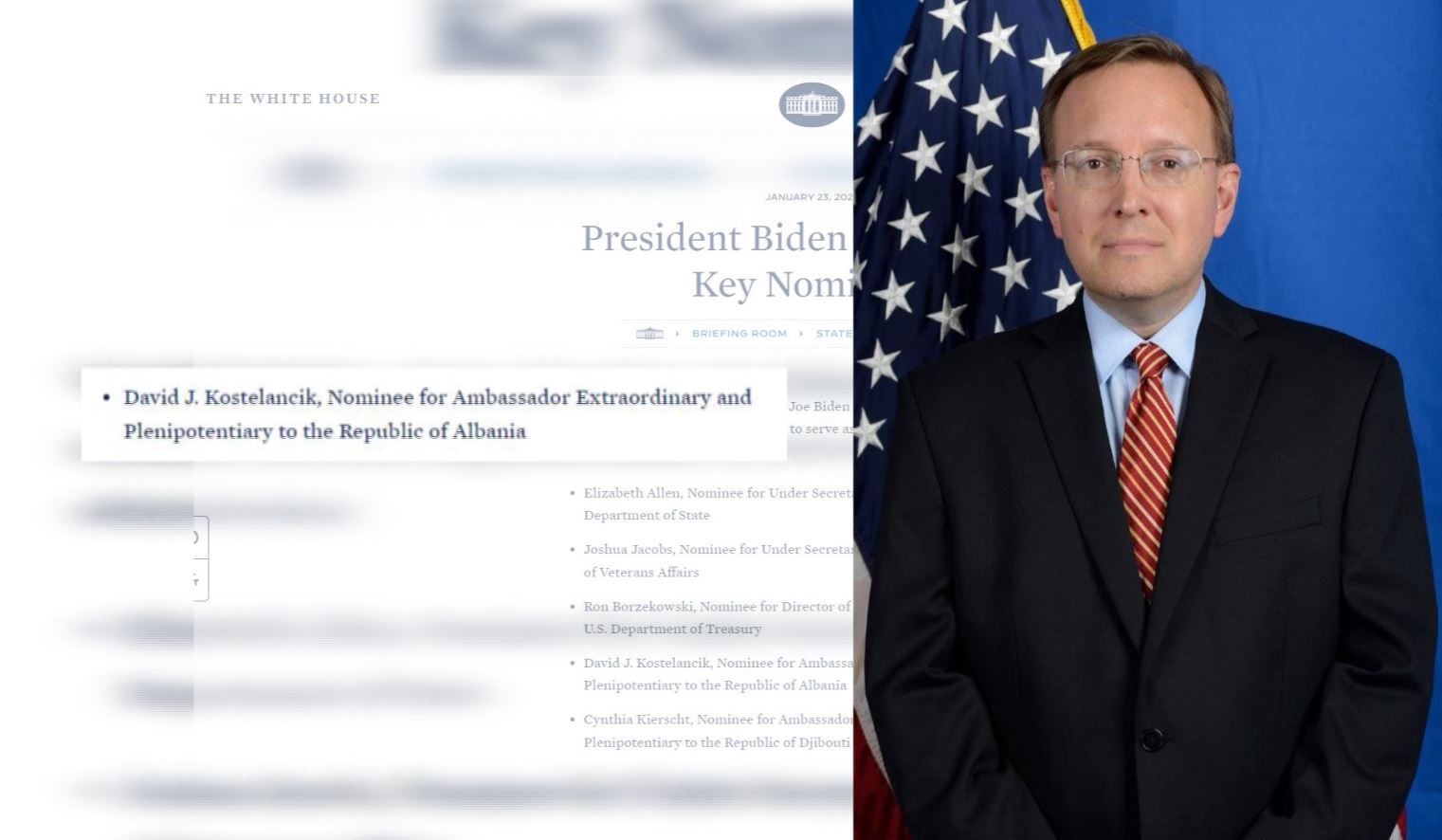 The American president, Joe Biden, has proposed that David J. Kostelancik be the candidate for ambassador of the United States in our country.

His candidacy has been published on the website of the White House and will be considered by the Senate. But before that, diplomat Kostelancik will also have a hearing in the Lower House.

Kostelancik has a long career in diplomacy, and even worked at the American embassy in Tirana.

He has also served as Deputy Chief of Mission and for two years as Chargé d’Affaires at the American Embassy in Hungary.

He currently holds the position of adviser to the military staff at the Pentagon. From his biography it is learned that he speaks Albanian, Russian, Hungarian and Turkish.

Ambassador Kim’s mandate has ended, but she will remain in office until the candidacy of her successor is approved by the Senate.