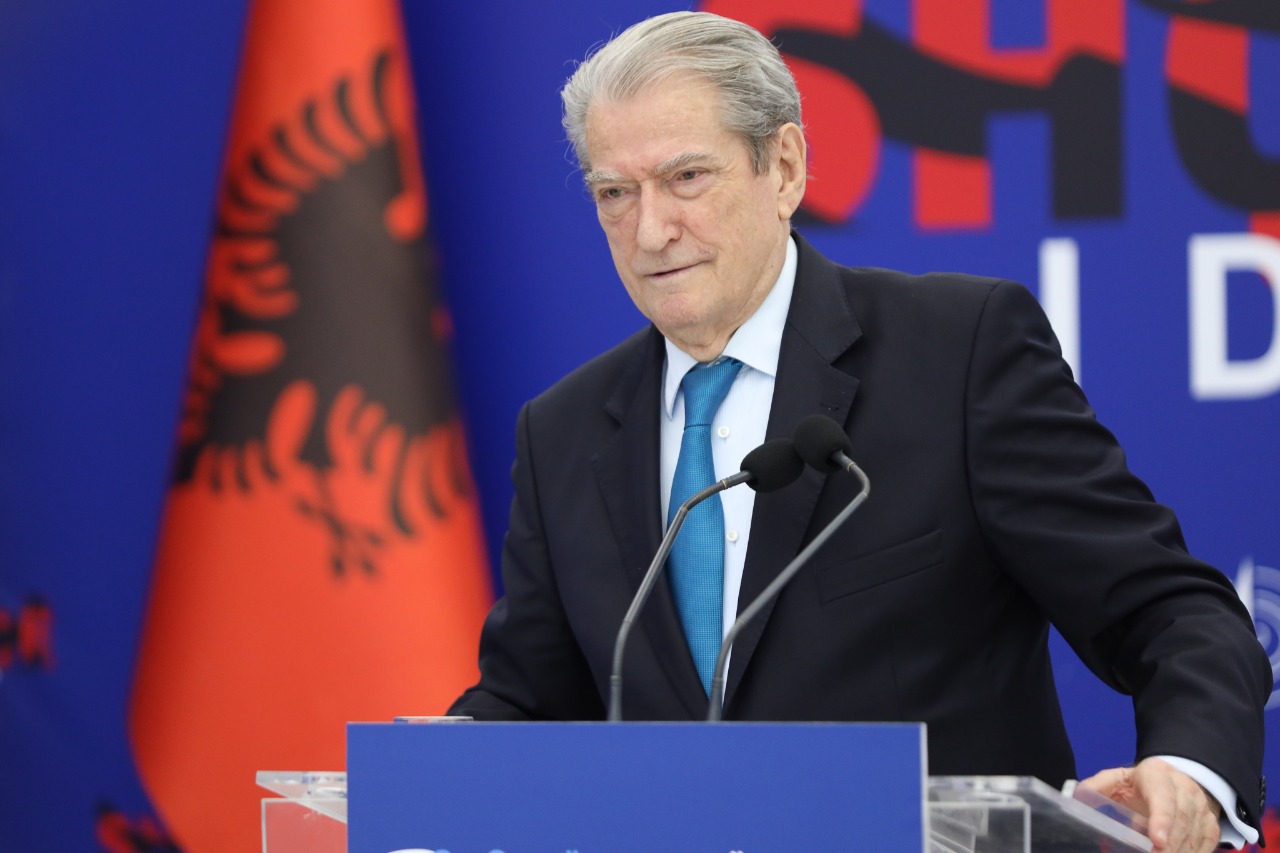 The head of the Democratic Party, Sali Berisha, held a press conference this Tuesday where he spoke about Prime Minister Edi Rama’s connections with the arrested former FBI agent, Charles McGonigal.

Berisha said that the Democratic Party will demand that a parliamentary investigative commission be established. He said that in this way connections will be established with the US Congress to contribute to the investigation of the case.

“But what the DP will deal with, the obscure connections of Edi Rama, Dorian Dučka, Agron Neza, in this all-round agent, mafia, multi-faceted affair. In a country where there is justice, of course an investigative team is immediately created, and immediate links are established with partner countries for an investigation. This does not happen. The party’s SKAP is sworn to never investigate his own party. Then we will set up a parliamentary commission of inquiry. We will contact the US Congress. We will make the biggest contribution to the investigation of this affair, which is walking like a black cloud over the sky of Albania and beyond. Once again, I condemn this agent mafia collaboration with the highest ranking FBI official ever arrested with Russian ties. Albanians should be clear that their prime minister is under general investigation by not one, but several countries”. said Berisha.

The chairman of the Democratic Party, Sali Berisha, spoke today in a press statement about the arrest of former senior FBI official Charles McGonigal.

Berisha said that McGonigal has close ties with the Prime Minister of Albania Edi Rama. He emphasized that Rama discussed with McGonigal about Russian investments and that according to the file that the American authorities have, he handed the former official 225 thousand dollars in one hand.

Berisha: The most senior official in the history of the FBI was arrested on Saturday at the airport in New York while returning from a trip to Europe. A few months ago I denounced to the Albanian public the close connection of Edi Rama with this asset of the Russian services. McGonigal was assigned to former FBI director Special Counsel Muller’s team to investigate President Trump’s ties to the Russians, but the FBI gradually discovered that he himself had sick Russian ties.

But in the whirlwind of history created by Gonigal, according to all the world’s media, the prime minister of Albania Edi Rama and the former high official of his government, currently appears as an adviser. A super mafioso with one of the most dubious connections called Dorian Ducka and his second close associate, former police officer Agron Neza.

A few months ago, the San Francisco grand jury ordered after learning about the Gonigal file to investigate and seize every material record, every personal communication, including cell phone text messages. Email messages, cryptic messages, voicemails, letters, notes between Charles Gonigal and the undersigned.

The Government of the Republic of Albania or any person related to it, including the Prime Minister but not only, has orders for other Balkan governments, but the only person mentioned by name in this order is Edi Rama. Investigate all meetings, scheduled between Charles Gonigal and any FBI employee with representatives of US missions, investigate every trip to Albania, every gift payment given to him by Agron Neza and Edi’s all-powerful adviser Rama or any other person associated with the Republic of Albania. The names are only for Albanians. A US jury investigated Edi Rama and his advisers, what has been discovered in the meantime?

It has been revealed that Edi Rama, through Neza, handed Charles McGonigal 225,000 dollars in one hand, 80,000 dollars in another hand, according to the media. What is Dorian Ducka? He is a mobster employed as a director for 4 years in a Chinese energy conglomerate. Do you remember the planes that took Rama and Olsi Rama to Beijing, those long planes? According to the FBI, Ducka stays in the prime minister’s antechamber, uses the government email and the address of the government of Albania.

The media filmed Ducka leaving the prime minister’s office with exponents of the most important drug cartel in the world. What else emerges from the initial investigation, he used the former secret service officer against the opposition in New York, the documents prove that Prime Minister Agron Neza’s office gave him concrete information about American citizens who lobbied for the opposition.

Edi Rama has discussed with McGonigal about Russian investments in Albania, imagine what is in the file. I can’t say if they met in Davos but he was returning from Europe. When I denounced this Russian connection of Rama in Parliament, he reacted as follows: I am proud of the friendship I have. In all official documents, Edi Rama, Agron Neza, Dorian Ducka are named in the Gonigal affair. The Democratic Party publicly denounces this suspicious mafia connection with Russian assets of Edi Rama.

Charles McGonigal, a former FBI agent, was arrested Saturday by US authorities on suspicion of having ties to a Russian oligarch who has been sanctioned following Russia’s war in Ukraine.

The former FBI special agent, who retired in 2018, is accused of violating US sanctions and agreeing to provide services to Russian oligarch Oleg Deripaska, who is under sanctions.broread