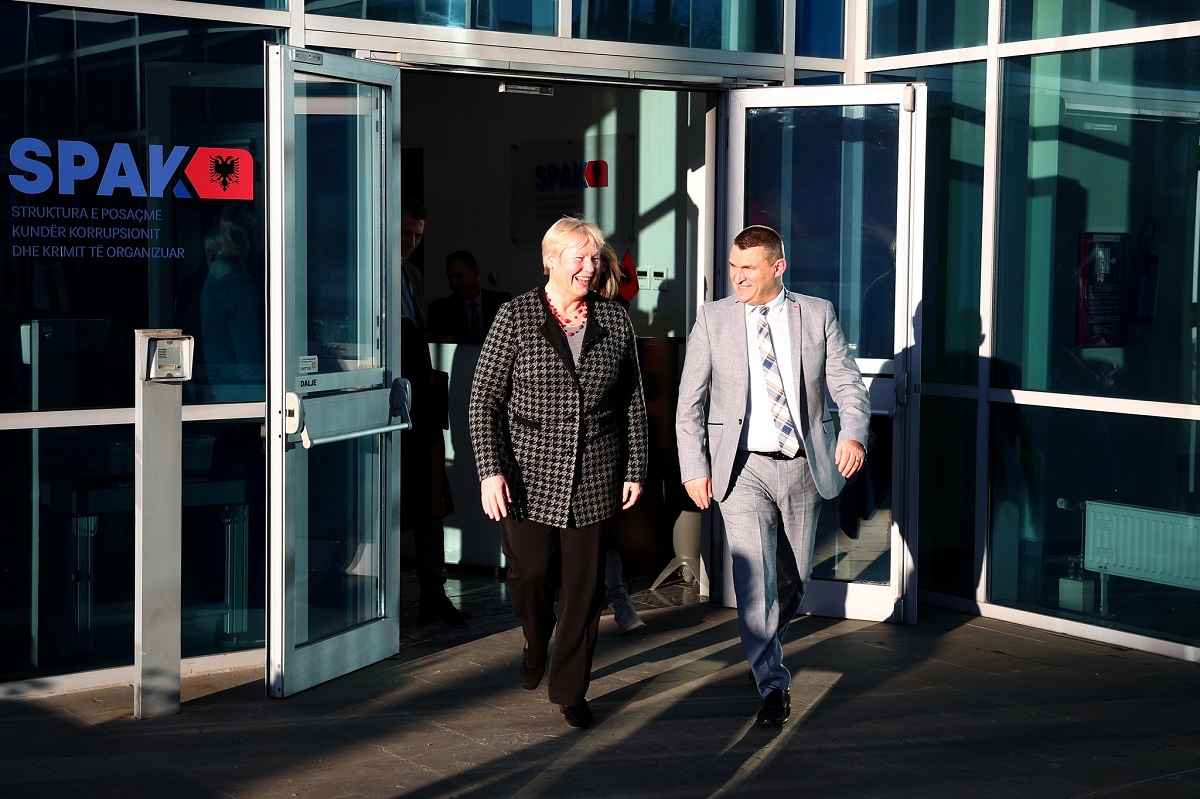 The ambassador of the EU delegation in Tirana, Christiane Hohmann, met today with the head of SPAK, Altin Dumani.

The meeting was officially announced by the office of the EU delegation.

“Good conversation with the new Chief Prosecutor of SPAK, Mr. Altin Dumani. The EU fully supports an independent and effective SPAK. The fight against high-level corruption and organized crime remains a key issue for Albania’s advancement on its path to EU membership”, says the EU ambassador in Albania, Christiane Hohmann. /broread