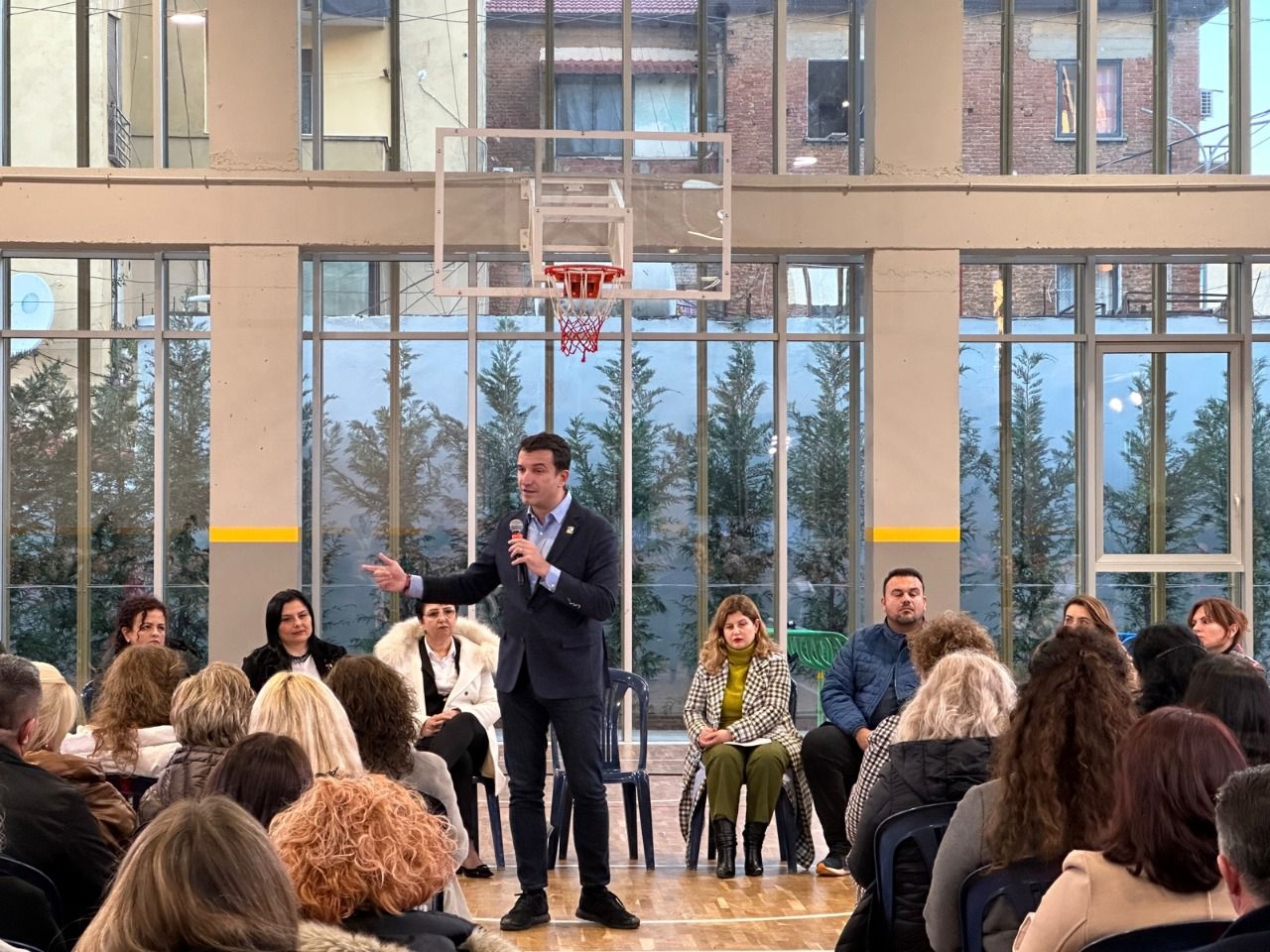 Following the activities for the International Day of Education, from the gymnasium of the newly built “Sami Frashëri” school, where he met with the principals and teachers of Tirana’s schools, Mayor Veliaj said that the capital will continue to grow, as long as it provides the conditions every family dreams of having.

“Like a teacher, – said Veliaj, – “he cannot choose in the class and tell half of the students “there is no place for you”, even a mayor cannot say “the city is full, the rest of you must come back!”.

According to him, it is a fact that 700,000 voters have registered in Tirana today.

“As long as Tirana continues to be the main plan of a parent, that will take the child to a good school, to a good university, find a good job, take him to the city that is also the European Youth Capital, and Sports, where there is Opera, where there is ballet, where the quality of services is the greatest, then who are we to judge?! Those children should have the same chance as everyone else,” underlined Veliaj.

He said that the opposition should give up racist statements, that newcomers have no place in Tirana.

“My appeal to my colleagues running in the campaign is let’s debate everything, I’m ready to talk about everything, but not this racist conversation about who is new and who is “den baba den”. It is the year 2023. For a capital that is known as the European Youth Capital, where only 20-25 thousand Italians live in Tirana, this is a theme of the 90s. The topics of today’s times are coding, blockchain, metaverse, are cryptocurrencies, are virtual realities, are the modern languages ​​of the jobs of the future, which will come to us through technology. The moment we return to the conversations of the 90s, whose are you, whose am I, who came here first, it really degrades into banality,” said Veliaj./broread