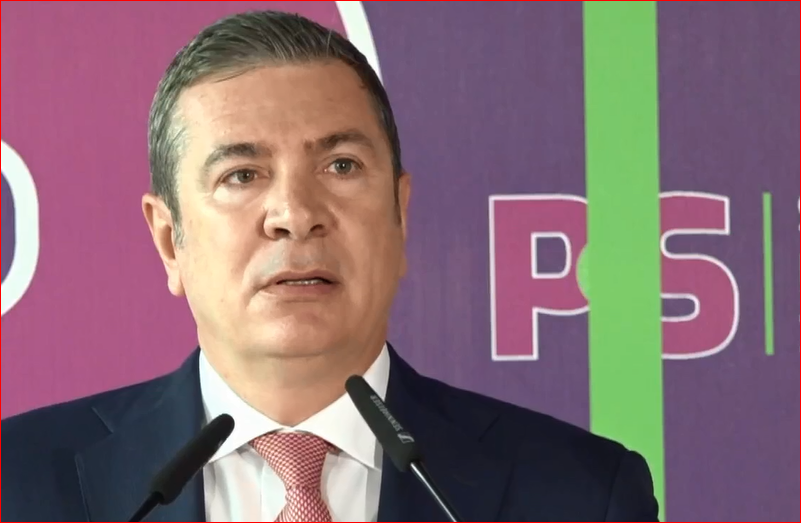 Gjiknuri: Berisha connects every world event with Rama and Russia

Asked about the news circulating that he has connections with Albania, Gjiknuri said that it is a case that is being investigated by American justice and that there is no evidence of the involvement of the Albanian authorities.

Gjiknuri emphasized that the leader of the DP, Sali Berisha, connects every world event with Rama and Russia and seeks to divert attention from “January 21” by dealing with an issue that, according to him, does not belong to Albania.

Question: During yesterday’s day, CNN and VOA said that the arrest of the former senior FBI official Mc Gonigal is related to Albania, as well as that Nick Muzin carried out activities from the company contracted by the DP, what is your comment?

Breastfeeding: This has nothing to do with the conference, however, as a senior representative of the SP, I will speak based on the facts of American justice. First, there is a strong smoke to erase these events and facts of January 21. Secondly, I think that the American judiciary has clarified that issue, he was the senior leader of the most important office of the FBI in the USA because it covers world finances.

The senior official was a very important person and is accused of his connections with payments of a Russian oligarch and has no connection with Albania, the involvement of the Albanian authorities is not proven. That of Nick Muzin, despite the fact that no names are mentioned there but the finger is pointed, the case has been submitted to American justice and no one has denied that the money is of Russian origin.

It is clearly labeled that the DP of that time benefited from Russian money, it is factual evidence. The problem has to do with how correctly an American official has carried out his duty, but not to blame the prime minister of Albania and other officials who have met him.

Let’s not confuse Muzin’s proven record with other matters that are being investigated. This news is important for America and has nothing to do with things in Albania, not these funny stories of Sali Berisha and the one that moved the whole chain of Muzin’s case, or rather an official, against the interests of America.

These are one of those thriller films that exist only in Berisha’s mind, until yesterday Soros said, now we got an American. This whole conspiracy was made by Edi Rama’s office. Berisha may be a Russophile, but he is dismissed as a Russophobe. He connects every event with Rama and Russia, he has always said such things. He comes off as a Russophobe and will attribute what he has in mind to someone else. These are random unrelated links. He is like the drowned man who clings to a straw when the river has taken him away./broread